Shaping Wood, Shaping Artists presents a new perspective on the art and craft of master woodworker Sam Maloof. Presented in two museums — the Ontario Museum of History & Art and the Chaffey Community Museum of Art — at one location — the Ontario Arts District, the exhibit tells the story of how Sam Maloof created his furniture (“Shaping Wood”) and how his generous spirit encouraged the careers of so many local artists (“Shaping Artists”). Presented in collaboration with the Sam and Alfreda Maloof Foundation for Arts and Crafts. 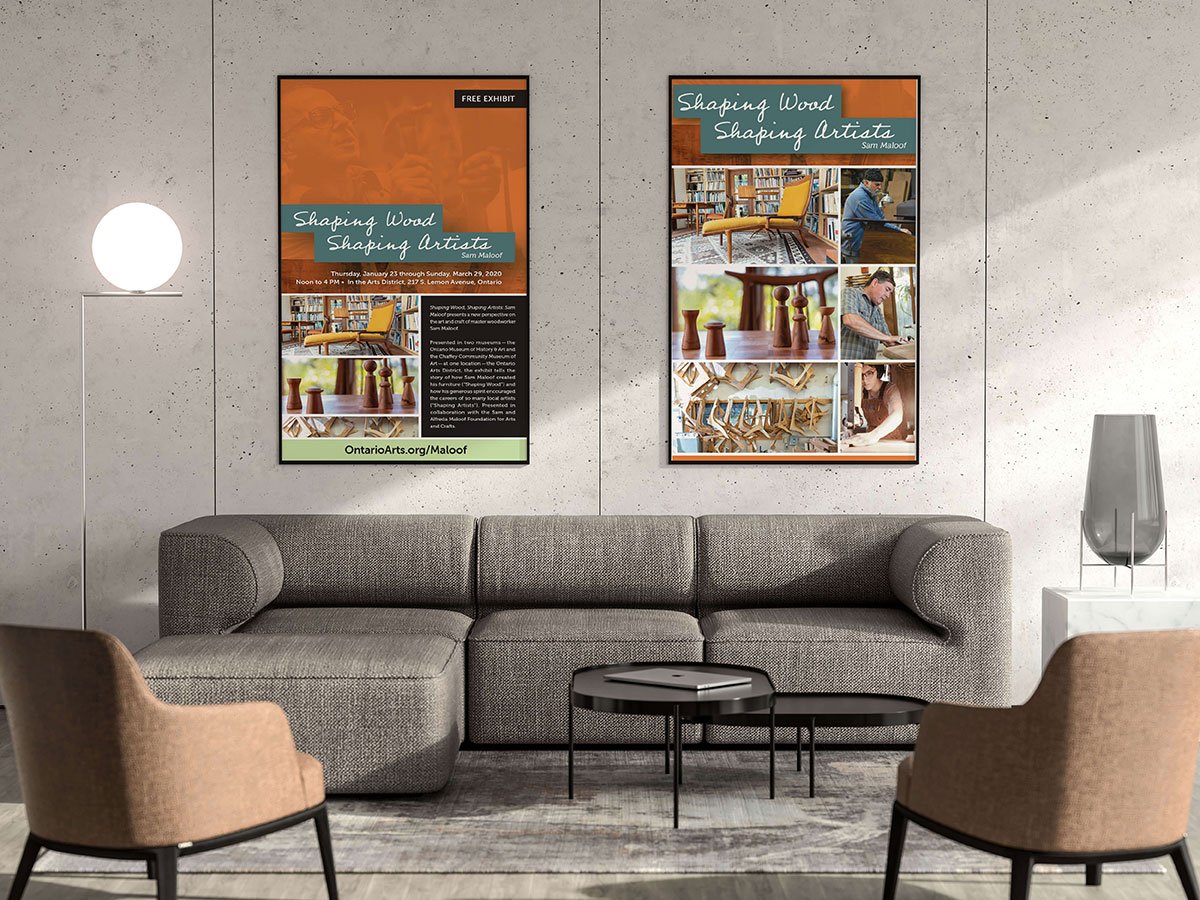 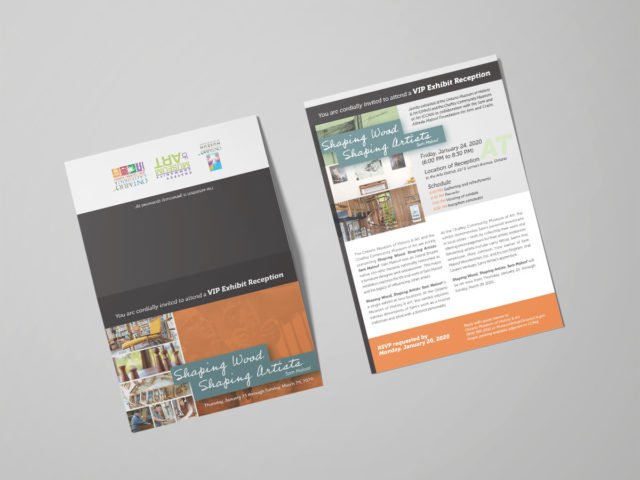 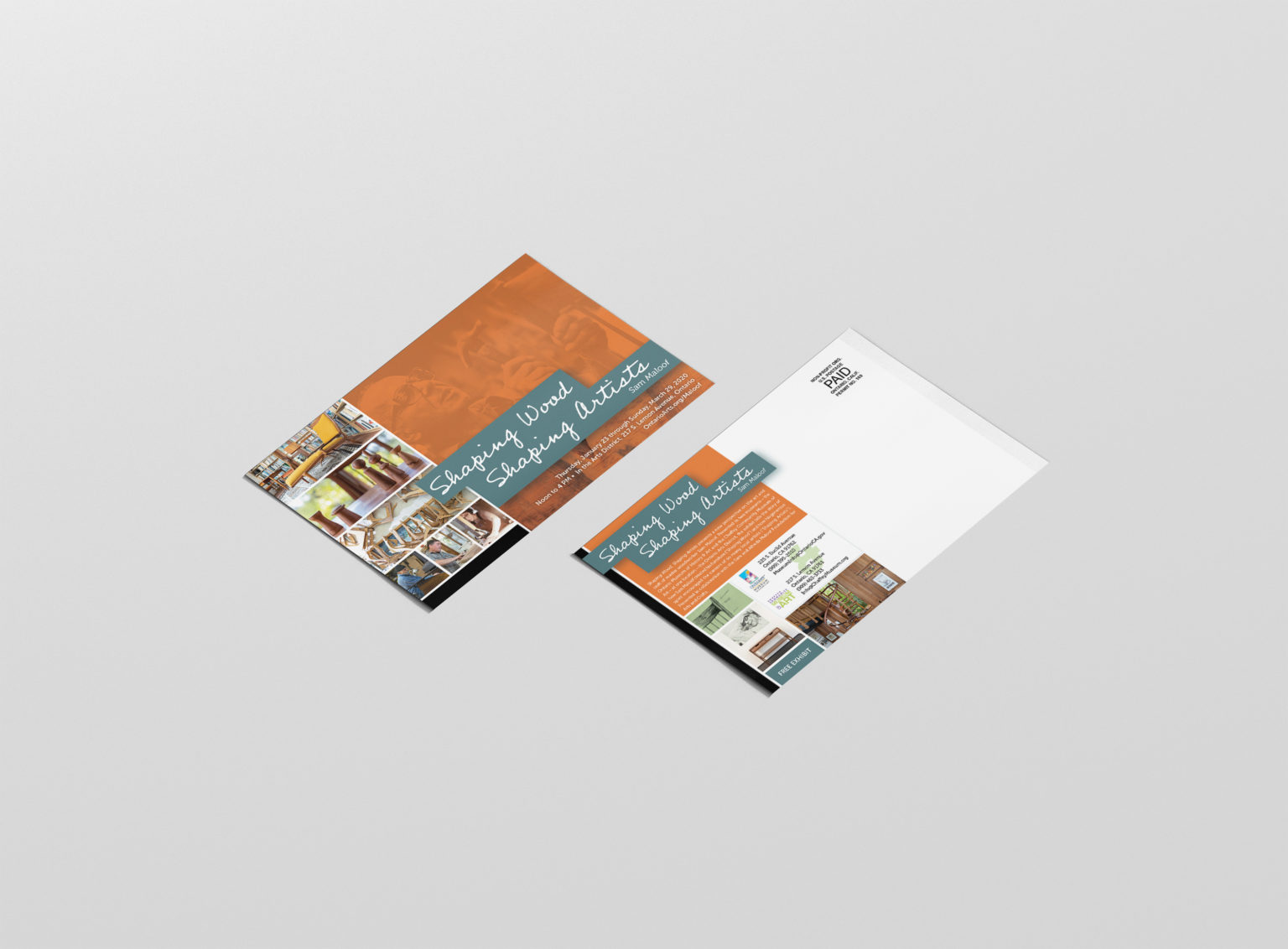 Sam Maloof (January 24, 1916 – May 21, 2009) was an Inland Empire native son who became nationally-renowned as a furniture designer and woodworker. Born in Chino, Sam to Lebanese immigrants, he was the first craftsman to receive a MacArthur fellowship. His work is in the collections of major American museums, including the Metropolitan Museum of Art, the Los Angeles County Museum of Art, the Philadelphia Museum of Art, and the Smithsonian American Art Museum, as well as the White House.

Sam’s Lebanese background, fused with the local Mexican-American culture, produced a master craftsman and artist with a distinctive personality. His work is warm, open, lively, and unadorned. It simultaneously emphasizes the beauty of the wood itself without compromising the functionality of the furniture.

Despite his national prominence, Sam was a thoroughly grounded artist and an active member of the local art community. He freely traded his own work and collected the work of local artists – many of them emerging artists, early in their careers. Sometimes his purchase or encouragement came at a crucial time, encouraging young artists to pursue their artistic careers.

This exhibit tells a new, more personal story about Sam. It shows his multiple dimensions as an artist – the sources of his passion and influences, the creative environment he worked in, how he worked, and his artistic growth – and how his multicultural background drove him to inspire, encourage, and influence other artists. The exhibit includes some of those artists, who have continued his traditions in their own creative ways.