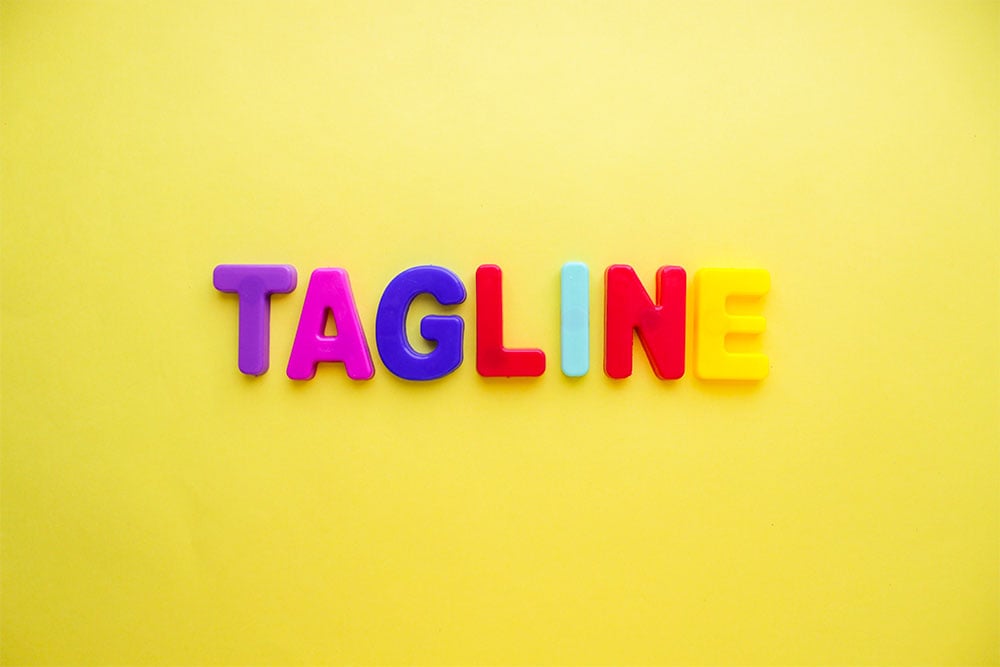 10 Tips for how to Create a Tagline

Taglines are short and memorable phrases used in marketing campaigns that capture the brand essence, personality, and positioning of a business. The goal to create a tagline is to leave a positive brand impression to your target audience.

The term  “tagline” is oftentimes interchangeably used with the word “slogan”. But there are some notable differences between the two:

Many are still confused on when or how to use a tagline/slogan, but both are equally important for businesses. A good example is Apple’s slogan “Think Different”. This line actually started out as a slogan for the brand’s marketing campaign. But as the slogan became much more associated with the brand, it became Apple’s most notable slogan/tagline.

Choosing a slogan is different from choosing a tagline since the latter focuses on the brand’s identity and persona while the former focuses more on products and services.

Components of a great tagline include:

Examples of most liked and recalled taglines are the following:

To make a tagline influential it should have the following:

How to Create a Tagline that Sticks

1. Write a Paragraph Explaining Who You are and What You Do

To write a create a tagline, the first thing you’ve got to do is to write down on a sheet of paper who you are and what you do all in one paragraph. Don’t try to achieve perfection! This is merely brainstorming. You will still do some editing down the line.

Your ideas should adhere to your brand identity and should be a concise description of who you are. Got no writing skills? Don’t hesitate to hire a copywriter who can help you in creating a good, catchy, and powerful tagline.

Once you have ideas written down, let’s take the challenge up a notch – you need to squeeze all those ideas into a catchy one-liner sentence/phrase of at most five words. Many brands find this so difficult that they end up making a convoluted tagline. No one wants to read a complicated tagline.

If your public can’t understand what your business does, then your tagline is already bad.

A simple and memorable tagline is useless if it doesn’t explain what your services are. A good example of a tagline that highlights their offering is BMW’s “The ultimate driving machine”, which obviously depicts the quality of their vehicles. Another one is KFC’s “Finger Lickin’ Good” which says something about how delicious their food is.

Your tagline should tell your potential customers what your services are and at the same time, it should be distinct from your competitors.

McDonald’s made their tagline distinct from KFC by going for the “I’m lovin’ it” tagline. Another example is Apple’s “Think Different” which was similar but still has its own flair compared to IBM’s simple “Think” tagline. Right now, both KFC and McDonald’s serve delicious food their customers enjoy while Apple is now a leading brand also known for being a luxury brand and China’s most coveted brand.

Great taglines should be able to communicate intent clearly. Lexus’s old tagline, “The Relentless Pursuit of Perfection,” and its current “Experience Amazing” connect well with their target audience who are ‘high achievers’ and chase perfection. If you want the perfect driving experience, you should drive a Lexus is what they’re saying.

Remarkable taglines should be short and concise. It should be no more than five words long. That is quite a challenge in one sitting so it helps to write down all your ideas and pin down a focus statement as you tweak it.

Five words that clearly explain what your business does is much more impactful than a 20-word statement which just makes you look like you’re trying so hard to sell your brand.

6. No Trends! Keep it Timeless

Creating a tagline inspired by current trends might make sense at the moment, but it will get dated soon enough as the trend withers. Taglines shouldn’t be tied down to what’s hip but rather reflects a timeless vision your brand aims to pursue.

Nike’s “Just Do it” tagline from 1988 managed to motivate people, especially athletes, to work and get results. KFC’s “Finger Lickin’ Good” tagline stuck around since the 1950s and customers are positively responding to it to date.

Such taglines are effective since they reflect the brand’s personality and are made to be timeless.

Should you need to change your company tagline but you haven’t changed your brand identity or persona, you may not want to do drastic changes.

Lexus ditched their old “Pursuit of Perfection” tagline for the “Experience Amazing” after a brand evolution that was built around brave design, exhilarating performance, imaginative technology, and Lexus’s Takumi craftsmen’s skills. While the change may seem significant, the tagline is still inspired by the previous tagline.

8. Keep it Relevant to Your Audience

Keep in mind that your tagline should be relevant to your brand’s audience. Nike’s “Just do it” and Apple’s “Think Different” may not be descriptive, but they heavily used them in their marketing strategies as it already is imprinted to their audience. Add to that the fact that they have a lucrative budget to spend.

If you’re running a small business with a restricted budget, try focusing on keeping your tagline relevant to your target audience by identifying what you do and the benefits to your customers.

9. Match Your Tagline with Your Branding

Your logo is not your branding, it’s a part of it. Make sure that your tagline, slogans, and logo do not conflict with each other. If they do not match, it can create confusion with your customers as to understanding what your brand truly is.

10. Use the Right Personality in Your Tagline 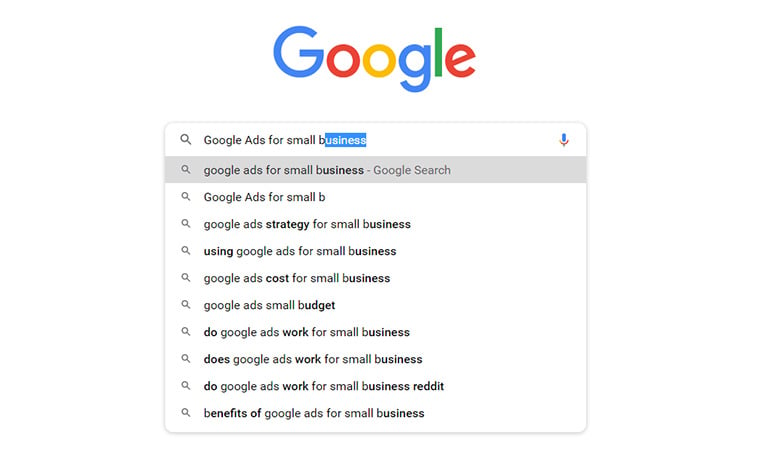 Google Ads for Small Business: Does it Work?

You may be very aware of the ads that show up when you do a Google search. Many of these ads... 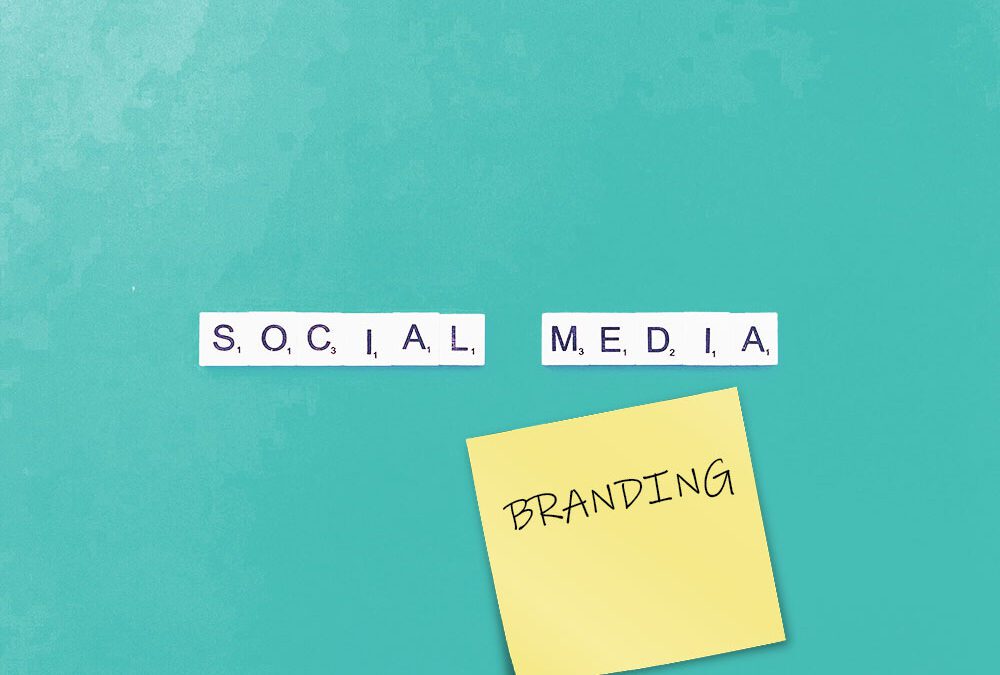 What is Social Media Branding? The birth of Facebook over a decade ago has changed the way... 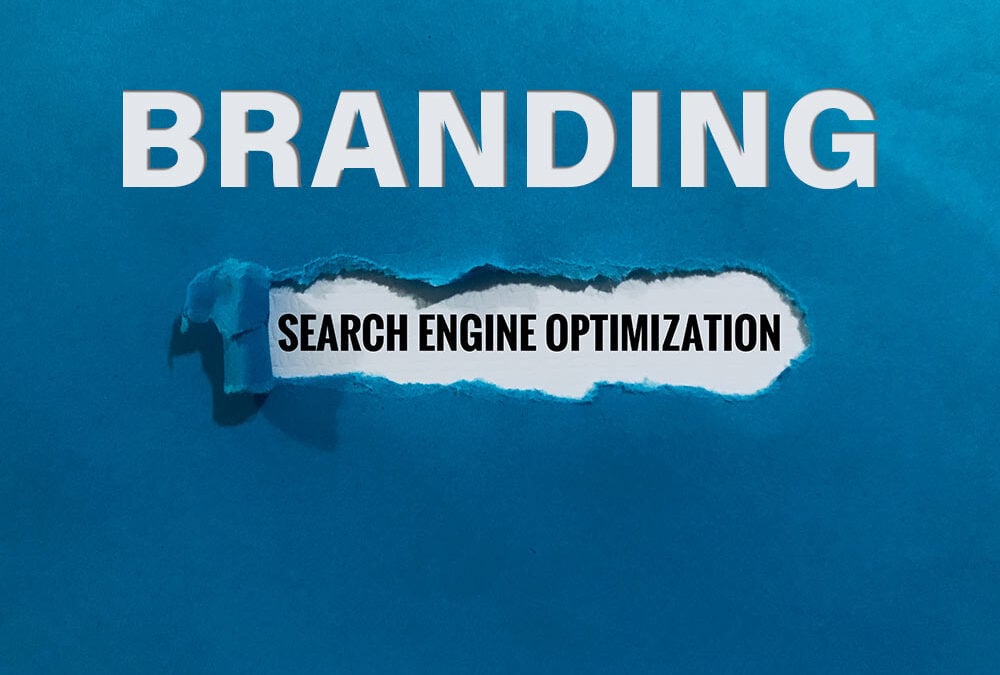 If you’re not doing SEO for branding, what are you doing? SEO (search engine optimization) should...